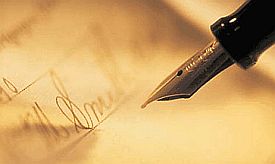 1. We believe in one God, eternally existing in three persons (The Trinity – Father, Son and Holy Spirit) and that God created everything out of nothing for His good pleasure and purpose.

2. We believe the Bible is the verbally inspired Word of God, inerrant and infallible, and is the supreme and final authority in matters of faith and life and salvation, revealed by the Holy Spirit to each believer.

3. We believe that man was created in the image of God. Adam’s and Eve’s sin brought physical and spiritual death into the world, alienating man from God, and leaving man with no remedy of his own for his sinful condition.

4. We believe that Jesus was the only begotten (the literal translation of the Hebrew is “only one made to be”) Son of God, conceived by the Holy Spirit and born of a virgin, and He is 100% man and 100% God.

5. We believe that Jesus lived a sinless and perfect life that fully pleased His Father; that He died for our sins on the cross, bearing the judgment demanded by God’s Holy Justice against sin through the shedding of His blood, thus covering our sins with His blood and giving us His righteousness that we might approach the Throne of God, being righteous not of ourselves, but being made righteous by the covering of Jesus’ blood. In other words, when God looks upon us, He does not see our sin; He sees the blood of His Son.

6. We believe that the entire Law was nailed to the cross with Jesus, and we believe that He rose bodily from the dead, conquering death and the grave, and instituting grace for all who believe in the Son. We believe He ascended to heaven, that He sits at the right hand of the Father, where He intercedes as the one and only High Priest and Mediator on behalf of all who believe in Him.

7. We believe that those who, by faith alone and not by works and through nothing we can do, receive Jesus as Savior are miraculously born again – literally “born from above,” made spiritually alive and indwelled by the Holy Spirit. At that point, those believers become children of God, adopted into His family and “grafted into the true vine.” By being born again, we inherit His divine nature and the promise of eternal life with Jesus.

8. We believe that the Holy Spirit baptizes all true believers into the Body of Christ which is the one true Church; that He indwells them eternally, bestows spiritual gifts and blessings upon them, and equips them for His service and holy living.

9. We believe that the Scriptures have given us everything pertaining to life and godliness, including not only salvation from the penalty of sin but instruction in righteousness for present sanctification and victorious living to the glory of God.

10. We believe that two holy ordinances, neither of which is essential to salvation, are to be observed in obedience to our Lord by all believers until Christ’s return: baptism and the Lord’s Supper.

11. We believe that at death the souls of the redeemed pass immediately into Jesus’ presence, to remain there until the resurrection of the body at Jesus’ return for the Church. We also believe that at death the souls of the lost are cast into Hell, where they remain until the day of the Lord’s Great White Throne judgment, which is the judgment of the damned, to be judged accordingly and cast into the Lake of Fire, there to remain eternally. We believe in a literal heaven and a literal hell as described by Scripture.

12. We believe in the bodily resurrection of the redeemed at the return of Jesus for His Church, when the souls of those who have died will be reunited with their bodies which are made immortal and perfect, and that believers who are alive at that time will instantly be transformed in the same way and be caught up together with them to meet Jesus in the air, ever to be with Him.

13. We believe in the personal, bodily return to earth of Jesus Christ – “the Second Coming” – to rescue Israel at Armageddon and to establish His millennial kingdom, reigning over this earth from His father David’s throne in Jerusalem, and that His redeemed will reign with Him in resurrected bodies for 1,000 years and then reign in heaven forevermore.

14. We believe in the power of intercessory prayer, that Jesus answers all prayers of believers, and that He desires a close, personal and detailed relationship with us every moment of our lives.

15. We believe that Jesus is the only name by which men might be saved, and that the name of Jesus is the most powerful name that is.

16. We believe that marriage, as instituted by God, is the holy union of two believers – one man and one woman – and is the perfect earthly example of Jesus’ love for His Bride, the Church.